As my senior year of high school began to slow down, I began to look at more relaxing and laid-back  projects. Games, to me, are fairly low stress as there isn’t that much problem solving (at least at the early stages), so I decided to make a couple of games during my final semester of High School.

On my spring break trip to Grand Cayman, I decided I wanted to see how much of a game I could make on the plane ride down. This resulted in a fairly simple game that was completed in roughly 2 hours (give or take 10 minutes). Granted, I did start laying the ground work while I was waiting to board, but most of the work was done on the plane itself.

The game itself ended up being about planes. As I didn’t have too much time to work on it, I decided to make a simple endless runner in which the player dodged obstacles while trying to get as far as they could get without dying. The player, in my game, controls a plane that can move left and right, dodging debris while also picking up health packs. 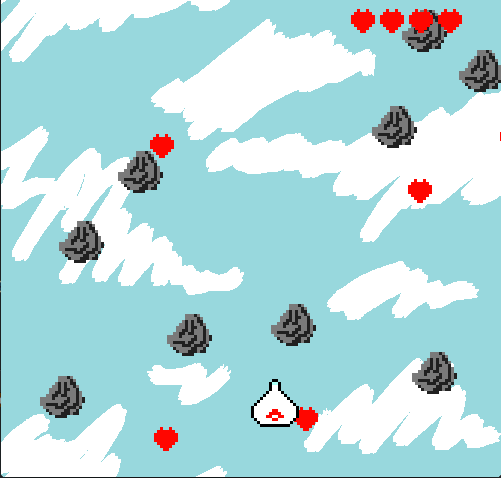 As you can see, I really whipped out my AP Drawing art skills on this one. In reality, I wanted to spend more time coding than on asset creation (which definitely shows in the final product).

One of the challenges of making this game was creating an endlessly looping background. The way I ended up doing it was having one image that was the size of the window (500 x 500 pixels) that was stacked on top of itself 3 times. The resulting picture scrolls down and when it hits a specific point (close to the end), it jumps back up exactly 1 image height and continues to scroll down, resulting in the illusion of an endlessly scrolling image.

If I had a bit more time to work on this project, I’d first add a menu, then a scoring system that went up the longer the player was alive.

I’m now going to start uploading all of my projects to Github, so exploring the code is a little bit easier. If you want to see the code for this project, you can see it here: https://github.com/mccloskeybr/PlaneProject