In an attempt to gain familiarity with different approaches and methods towards game design and implementing images/text files into projects, I created several short games over the summer that were fast, fun, and a learning experience.

After spending a while playing games like FTL, the Binding of Isaac, and even watching twitch.tv streams like FourBitFriday’s Catacomb Kids really interested me in the realm of rogue like games. This time, I wanted to make a game that was as organized as I could make it while also advancing my skills in animation and level generation.

In my previous games, animating had been a real challenge because I had never implemented something solely for the purpose of animation. With this game, however, I decided to simplify it so that it wouldn’t be such a pain to implement every time I wanted a new entity. This determination propelled me to learn as much as I could about the animation process and sprite sheets as a whole, and in the end I found a pretty simple way of handling animation. 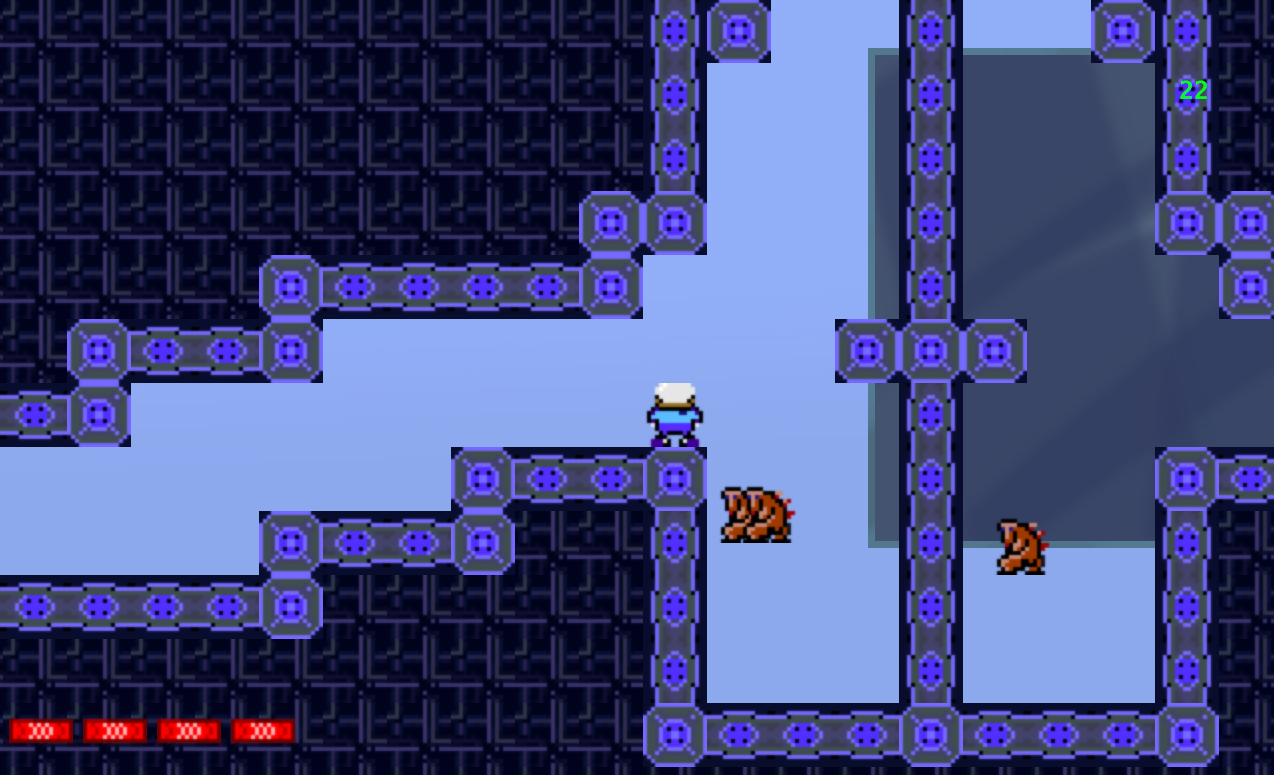 I also spent a long time figuring out how to add smooth camera controls. After playing the game with a rigid camera, i knew it was time to make it smoother in order to encourage a faster pace throughout the game. So I learned a lot about how cameras and perspectives can interact with the current view point, knowledge that would become invaluable to me in future projects. 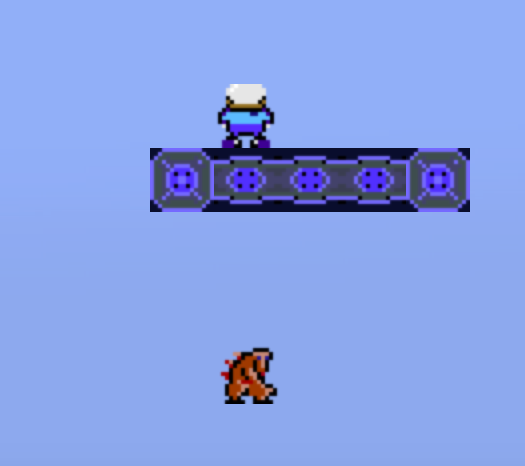 Close-up of an enemy mob in the game

Lastly, I learned a lot about level creation. I had never made something that could load levels before, but I wanted to try and make a system for that specifically for this game. I decided to use a simple program like MSPaint to draw out the levels using colors to represent the various blocks, load them in, and connect them room by room. This proved more of a challenge than I had originally thought, as I did not anticipate the difficulty that came with reading RGB values of individual pixels. However, I pushed through by learning not only how to look at each individual pixel, but also the notation for RGB as well. 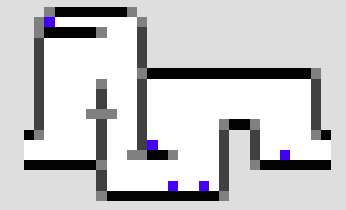 An example of what a level looks like in MSPaint. Gray/Black = walls, Blue = enemy spawn points, etc.

This project was a fun one. I feel it really enhanced my organization skills when it comes to code as a whole, as well as strengthened my knowledge on how each individual part of a project comes together in the end to make one single product.

You can find the source code here (Java, 742kb): https://drive.google.com/file/d/0Bz_0wgRmDpKqTXNCSjFEU0V3X2M/view?usp=sharing