Lunar Lander really appealed to my obsession with space at the time and brought everything together that I had previously worked on in one single project. Angles, horizontal and vertical velocities, and simple world generation are just a few examples of the components that define the programming side of Lunar Lander. 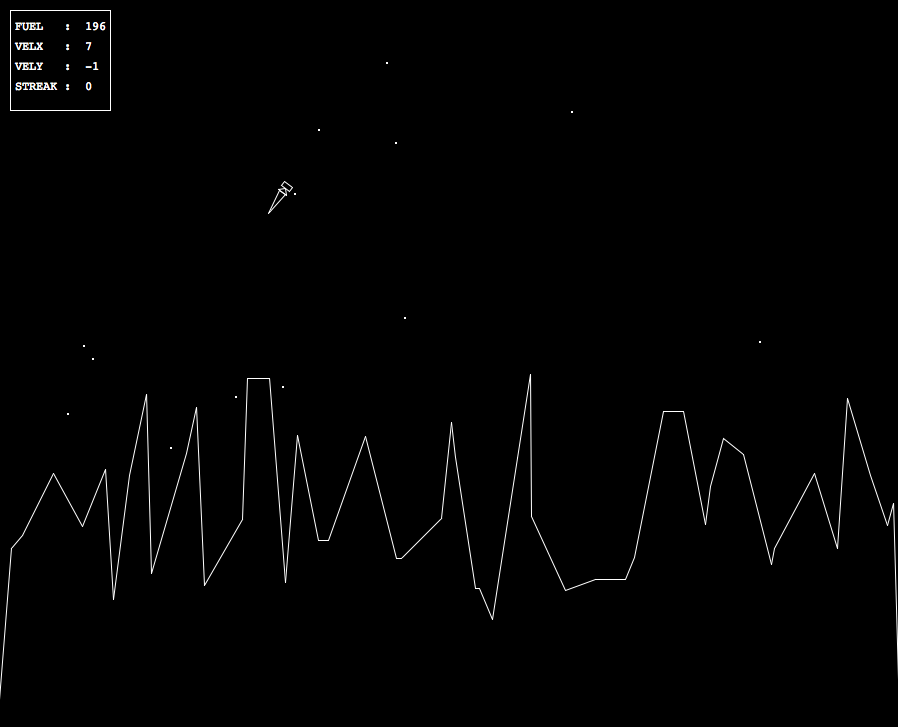 I had worked with horizontal and vertical velocities before in games like Asteroid, but I hadn’t explored anything with a constant downward vector (gravity) before Lunar Lander. This downward force really defines this game from other space games, as it’s a rare component that other games usually don’t have.

I also explored simple level generation while making this game. Normally it would be fairly easy to make a random sequence of lines to represent hills and valleys, but Lunar Lander requires little spots where the ship can land with ease. Thus, it took a bit of thinking to be able to implement landing strips into normal world generation.

The preliminary work on level generation would prove invaluable in my future projects because it built a foundation for the general logic required for building simple worlds.

The code can be found here (Java, 37 kb) : https://drive.google.com/file/d/0Bz_0wgRmDpKqS2xSMjNuekJQbTA/view?usp=sharing