The Ludum Dare Game Creation competition, if you’re unfamiliar with it, is a competition in which entrants are given a central theme and are required to make an entire game – code, art, sound, etc. – in two days.

The theme of the 33rd Ludum Dare competition was ‘You are the Monster’. Other games I first thought of were games similar to that of Rampage for the Nintendo Gamecube, a game where you are a giant monster destroying cities and causing chaos just for the hell of it. Thus, Colossus Guard was born. 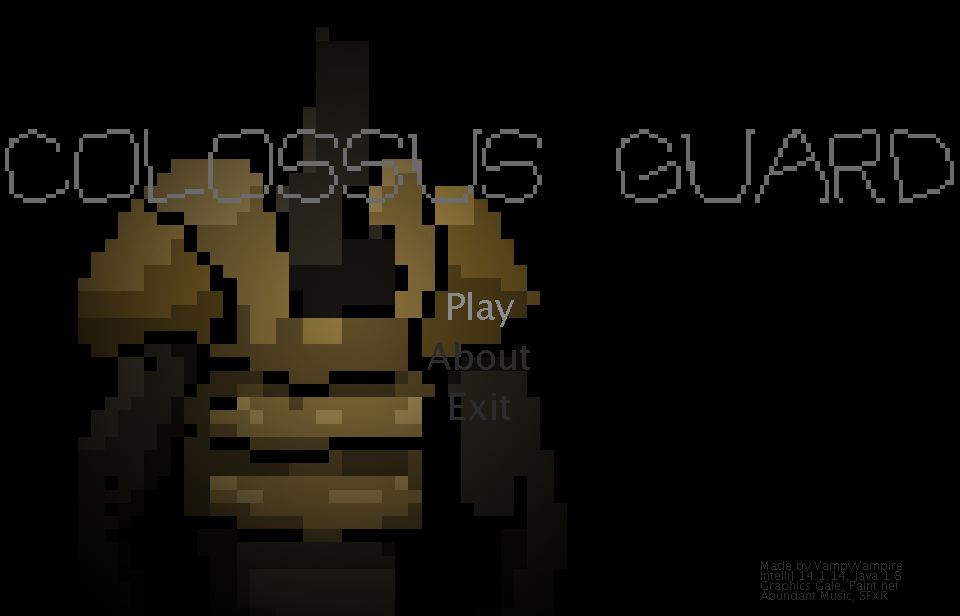 I took the idea from Rampage and combined it with an endless runner; the player can only move right, but can destroy houses and step on civilians as they run away. 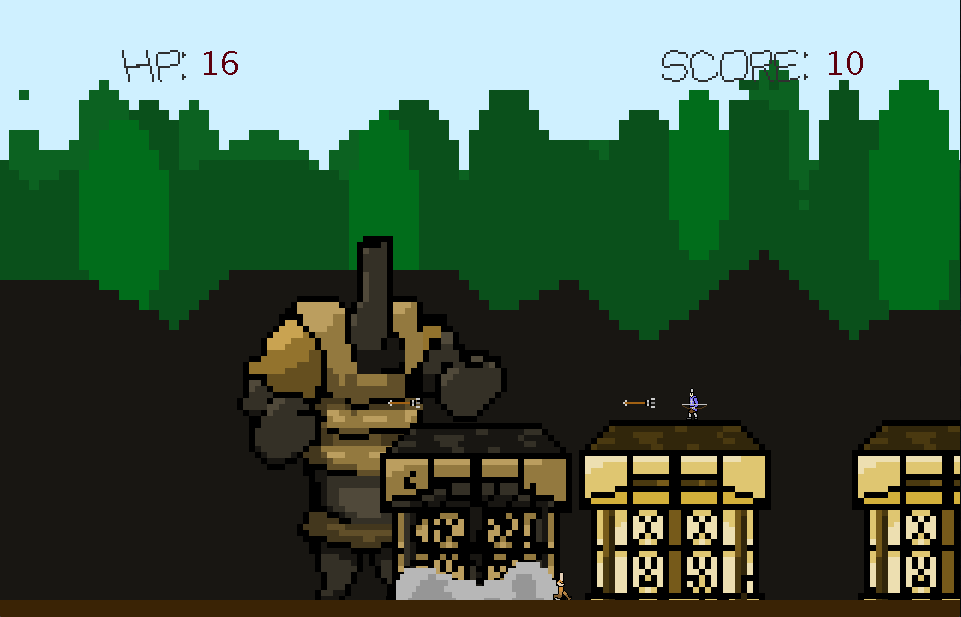 It was the first game in which I implemented more complex animations, as well as any sort of sound in my games. I expected that process to take a very long time, but was pleased to find that it was shorter than I had expected. This game is also the first game in which I used a delta time to try and increase frame rate, of which increased playability on other machines.

I very heavily enjoyed this process and learned a surprising amount in those two days.

The source code can be found here (Java, 201mb): https://drive.google.com/file/d/0Bz_0wgRmDpKqckpUTnNXVFdTclU/view?usp=sharing